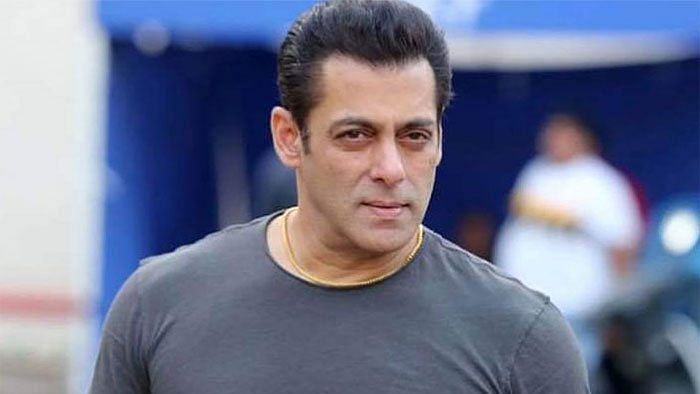 A great superstar Salman Khan who is also known by the Bhaijaan of the industry a most talented actor and have many skills to play multiple kind of roles in his movies. Salman Khan is the cause of introduce many new faces to Bollywood film industry. He provides the opportunity to the other young actor and actresses to show their acting ability to the world and make their name in the Bollywood. Salman Khan is a very kind heart personality his thinking is always is like that to help other to push them up. That’s why all those movies that become a great blockbuster in which Salman Khan played a role. He started his acting career very long time ago and now he give his fans lot of great movies. Here we come to discuss on those movies which gives great hit.

This film also known as a greatest blockbuster of Bollywood film industry this musical film break all records in 1989 in which Salman Khan and Bhagyashree played a lead role in this movie. And earn a splendid feedback from their fans at that time still now a days youth like and love this movie. In this movie Suman and Prem are fall in love with each other beside the family differences and on the other side the father of Suman give a chance to be wealthy and get the girl.

This movie was a great blockbuster movie in 1994 a romantic, musical comedy film picturized on Salman Khan and Madhuri Dixit. This film become a greatest blockbuster for all time and at that time its gross income was very high and now a days people love to watch this movie again and again with lots of enjoyment of the characters of this movie. The story of this movie based up on to main character Prem and Nisha who love each other madly but on the other hand on the death of his sister Nisha had to marry his sister’s husband for the sake of baby’s look after and sacrifice their love for this.

Judwaa movie also in the list of those movies in which Salman Khan played a splendid lead role but in this movie Salman Khan played a double role with two Indian actresses Krishma Kapoor and Rambha. This film was a great comedy and romantic movie in 1997 and a most famous movie at that time. In this movie twin separated on their birth having different qualities and nature love different girls but the girl confused to see how they both are same.

Hum Dil De ChukeSanam is a very beautiful famous romantic movie in 1999 which achieve many awards at that time. It was great hits by its songs and the acting of both leading actors Salman Khan and Aishwarya Rai. At that time it was great blockbuster film which break all record of the gross income of the movies released at that year. Upcoming movie GulaboSitabo 2020 Full movie watch online on MovieHustle. The story of this movie is that a newlywed couple in which girl loves with someone other he boy knows this and start to find his lover to unite them eachother.

In 2003 this movie gain a lot of fame due to its melody and songs, all songs of this movie hit and this romantic movie did a record business of that year and achieve a great blockbuster title. In this movie Salman Khan and Bhoomika Chawla played a wonderful role and get great fame. In this movie a senior college stundent fall in love with first year girl Nirjira but she didn’t do anything and took no interest but after a brutal attack of Radhy on her he confessed that she love with him.

This movie released in 2010 and famous as a major blockbuster of that year in which Salman Khan and Sonakhshi Sinha played a lead role in this action movie. The story of this movie is that ChulbulPanday is a Police officer dealing with atrocities on people and fighting with corrupt mafia and fall in love with a poor girl.

This is one of those action movies in which Salman Khan gained a record blockbuster rating and feedback from his fans. In this movie Katrina and Salman played a leading role and fighting against terrorist. This movie break all records of that year by its growth income and hold a special place in the list of that year movies. The story of the movie the RAW agent sent to the Dublin to observe scientist that gives the nuclear top secret to ISI and during this fall in love with the ISI agent.